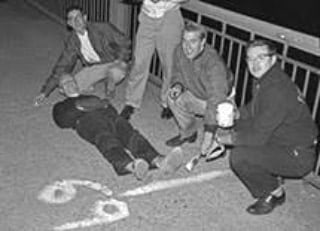 In 1958, American students decided to measure the length of the Harvard bridge with the help of one of their company — a student named Oliver Smoot,

who was moved further and further in a supine position, making paint marks to know how far they were from the campus. The total length of the bridge was "364.4 smut and one more ear", and the smut unit itself is approximately 170 centimeters. After the reconstruction of the bridge in 1988, the city authorities erased all the marks that students constantly updated. However, the police intervened, which was convenient to report incidents on the bridge, guided by the troubles, and the lines were restored. Oliver Smoot himself became the head of the international organization of ISO standards during his career. "Smut " has also been added as a unit of measurement on Google calculator, allowing people around the world to use" smut " as a unit of measurement